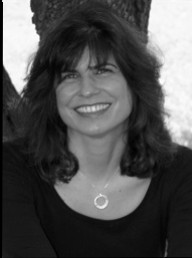 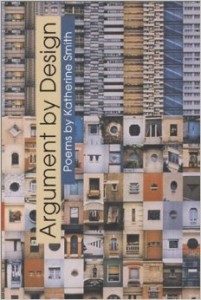 Katherine Smith was born in California and raised in Tennessee. She received her M.F.A. from the University of Virginia. Her poems have appeared in Poetry, Shenandoah, The Laurel Review, The Southern Review, and other magazines. An essay, “The Artist as Single Mother,” appeared in Sleeping with One Eye Open: Women Writers and the Art of Survival, edited by Marilyn Kallet and Judith Ortiz Cofer (University of Georgia, 1999). She currently teaches at Montgomery College in Maryland, where she lives with her daughter, Justina.

Poems from Argument by Design

Just inside the gates of the park
was a little bluff below which suburban houses
were stacked like bibelots from the Limoges museum
across the shelves of hillside streets towards a vanishing point
that held up the horizon of black glass skyscrapers of La Défense,
gigantic mirrors that reflected their mirage of power
too far off for us to see. Even after the divorce
nothing could stop us from meeting in the park of Saint-Cloud,
on ground whose name we translated as dream,
to watch Paris from the bluff before we entered
the boxwood labyrinth where we stretched and wrestled
and where once, after you’d already married someone else,
before we ran through the park
were silly enough to make love in the labyrinth and no one saw
though they might have seen
that when we stepped into the alley of old, old oak,
when we skirted the terrace with its stones from ruins of the castle,
we were innocent enough to be weeping,
knew enough to keep on running, clothes soaked,
inhaling the odor of rotting leaves, the wet trunks of trees,
running five miles through the thickets and into the open. Season
after season after we separated we couldn’t stop
running together, the last bit of our marriage
we held onto. Even after we’d given up the tea we drank
in china cups your aunt brought back from England,
the faded blue wallpaper, the kitchen table,
we kept meeting in the park. I remember
when we still shared the same bed,
I read you Pessoa’s The Devil’s Hour. Pessoa knew
how the devil loves a domestic scene,
how the transcendent ruins everything it yearns for
by subtraction. At the end
we both had children, other people, new lives. All that
was left of our marriage were the skyscrapers
and the sky, which belong
to the devil, who has nothing.

Again through ash and soil,
feeling to the bottom for fine white roots
I pinch clumps from plastic pots to set
wilting stems, devastating blossoms
into each row of hollows I fill, cover,
until the bones of my fingers ache from grasping
small, bright flowers. Fine work for sundown
which is happening behind the dogwood
beneath which my daughter reads
a book about dinosaurs, feet propped
on a plastic table: “Did you know
in two thousand years everything alive
on earth will be dead?” Palms open,
she accuses my petunias, then sweeps arms
wide to include the bird feeder—the jays
fighting off red-winged blackbirds, a couple
of mourning doves below. Her gaze is the level,
calm gaze of the serious child who wants
no frivolous comforting, not this child
whose first words—”the moon, the moon”—
comforted me, so for a little while
I laughed at the impermanence of all
identity. Not Justina, who looks down, intones
in the hymn-like voice of the new
reader: “The flower
appeared at the end of the Jurassic Era.”

Katherine Smith is a poet of the taste buds, the tongue, the fingertips. Her sensual music makes us long for love and “lavender honey” in the South of France. But her life alone and with her child in America is painted richly too. Even in a winter parking lot in box-store America, the snowpiles are “full of flashing grit, of sparkling grime.”
—Elizabeth Seydel Morgan

Searching with deft imagination for a way to transform betrayal and loss to create a world from “beauty’s pale soot,” Katherine Smith astounds by the incredible range in Argument by Design. Indeed, it is the design, the structure of the Odyssey, ranging from a dreamy European world defined by the likes of Pessoa, Goethe, Vermeer, and the crusaders to a more realistic America of the Smokey Mountains, Pet Smart, and Home Depot. Like the great Romantic poets, she understands that all successes are provisonal and qualified, that the poet’s search is therefore a search for the “weight of possibility.” In the end, her imaginative vision reveals a wisdom all too rare, a way to create, as she does in this terrific new book with a simple pear, “a sweetness I fold into me like a faint green star.”
—Richard Jackson

Geographically far ranging from the environs of Paris, France, to eastern Tennessee, the true terrain of these poems is the terrible beauty within the human heart, or as Katherine Smith says the “fire on water/ coming towards me from the shadows.” What Smith does in poem after poem is “to bless all that’s ever risen/ from beauty’s pale soot.” Here are poems born out of loss that look quickly but closely at what too soon vanishes, whether a lover or a daughter’s childhood: “even our children dance in the arms/ Of lost things they never know are gone.” And at the center of this sense of loss are the remarkable and deeply affecting poems about her father. Indeed,Argument by Design is an achingly beautiful book.
—Jeff Daniel Marion