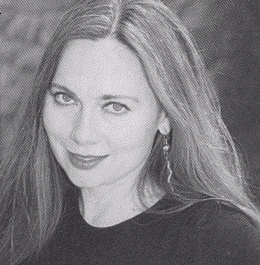 Moira Egan’s poems have appeared in many journals including POETRY, American Letters & Commentary, Boulevard, and The Laurel Review, and in the anthologies Kindled Terraces: American Poets in Greece and Lofty Dogmas: Poets on Poetics. She has an M.F.A. from Columbia University, where James Merrill chose her manuscript for the David Craig Austin Prize. Twice nominated for the Pushcart Prize, her work has won many awards. She was a 2004 Mid Atlantic Arts Foundation Fellow at the Virginia Center for the Creative Arts.Moira directs the Creative Writing Program in a Baltimore public high school, teaches workshops at The Writer’s Center in Bethesda, and has lectured on poetry at The Smithsonian.

where have you been?
A mystery to me,
your sporadic telegraphy

and how to please
Thee. Now, down on my knees,
most supple supplication, I offer you the keys

to my place. Tell me, what do I do to entice
you to stay and play nice?
In my house I have no ice

but I keep fire,
blue sparks along coiled electric wires
and the slow smoke incense of desire.

Is that it? Like love, it’s only chemical?
a perfect fit of molecules
one into the other, sweetly nestled,

big hands in the small of my back,
a kiss so luscious the room turns black
and the ticking of the clock

for a moment stills.
You come, and go, regardless of will.
Tears, libations, heart, what shall I spill

to keep you here with me?
you who make love in normal people,
and in me poetry.

In these sexy poems, Moira Egan plays within and against the bondage of form. The deep ambiguities of Egan’s work are embodied in the economy of the title: both to cling and to separate, the contrasting impulses to ‘hold Love tight in a sonnet,’ and to become a reverse Penelope who walks out the door of the happy ending, abandoning the rooted bed. Lines linger with the reader, so that ‘all day you are reminded/ it was delicious/ and it was bitter.’”
—A.E. Stallings

In Cleave, Moira Egan reminds us that the ‘wildest things require the strongest cages,’ and what a collection of marvelous and sturdy enclosures—triplets, sapphics, quatrains, sonnets, and sestinas—she has made, inside of which the creatures of her passions perch and sing. This is an exuberant, intelligent, and even ‘delicious’ debut.
— Michael Collier

Moira Egan certainly has a way with words. She caresses them to get them to give up what they have to give, and we are the beneficiaries of that largesse… This poetry puts on formal raiment with ease, and leaves us clothed in its excellence.
—Cynthia Macdonald