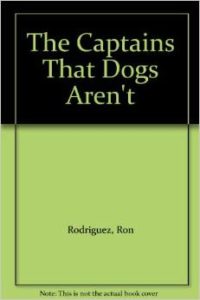 I got a call from Grace Cavalieri telling me that my manuscripts was among the chosen. I met Grace at the Antioch College branch in Baltimore which has long been defunct.

This was quite some time ago, it felt satisfying, but i’d like to have that experience more often.

It was around 1972 when I transferred from Montgomery College to umd that I started writing for myself. I didn’t think of myself as a poet or artist, I just felt the need to express myself. While flunking out of UMD I discovered the program at Antioch College in Baltimore. I wasn’t until I started taking writing classes from Grace Cavaliere that I realized I wanted to be a writer.

My methods for writing vary quite a bit, although I find it easier to write in the morning when I have the time to do it.

I have different styles of poetry that I haven’t seen other people do or replicate. My influences do show in a lot of styles, but when it comes to my more abstract works, I can’t find anything on paper that I could say clearly influenced my work. A lot the influence would be better noticed in music rather than writing.

It published the early works of people like Terry Winch and provided a place for poets of a wide variety of styles to exhibit their works.

I’m not very involved now. I don’t relate too much to the whole hip-hop poetry slam scene or the politically oriented scene. I realize that the newyorican poetry scene revolved around the open mikes and the poetry slam, and I see the value of poetry being more immediate, but to me the open mikes and poetry slams seem to be more about popularity and less about the quality of the poetry itself. I still value the performance aspect of the poetry scene, but right now I don’t feel a connection to what’s going on. I know this comment dates me, but i remember fondly the mass transit readings that Terry Winch and Michael Lally used to host at the P st book store back in the early 70′s. I feel the same about the naropa poetry scene in the late 70′s and early 80′s when Allen Ginsberg was still alive.

At first, I was inspired by Salvador Dali to write surrealist poetry when I was 21. I wasn’t aware of a surrealist school of poetry at the time, but I wanted to write poetry that would evoke the type of imagery he presented in his paintings. I had also read William Burroughs and Allen Ginsberg at the time, and was also inspired by their imagery and anti-establishment stance. A couple of years later I picked up a magazine called Bastard Angel which featured Charles Bukowski among other fringe poets. I was inpired by Bukowski view of the world along with his ability to bring humour to poetry instead of trying to be serious and lofty in a manner similar to Burroughs and Ginsberg.

I would be very hard for me to pick a favorite book but I can mention the ones that really influenced and electrified me. When I first read naked lunch by william burroughs I was only 14 and wasn’t prepared for the images he placed on paper. I knew that grove press had a reputation for “dirty books” and I bought the book thinking I would be an experience similar to Terry Southern’s Candy.

I have mentioned favorite author’s throughout this interview, but I might as well make my list now. I really like Baudelaire’s Flowers of Evil and Paris Spleen along with Rimbaud’s a Season in Hell and The Drunken Boat. I think those books were very influential on french surrealist poetry school which in turn influenced the beat movement and new york school of poetry. As far as the beat movement goes, Allen Ginsberg and William Burroughs are my favorites. Ginsberg

The best advice I think I got was from Allen Ginsberg who encouraged me too look at my poetry from the stand point of how relevant it would be 50 or 100 years from now, or what parts of it are timeless and universal as opposed to relevant only to my own personal obsessions.

I’ve had a number of strange jobs, one of them was helping move this guy’s belongings out of his apartment and throw them in the dumpster. Most of the stuff the guy wansn’t throwing in the dumpster was given away. The guy gave me a lot of fine china and asian ceramic plates and cups along with a sports coat and a sweater vest that I still wear in the winter. After the guy got rid of all his possesions he said he was moving to W.Va and looking for work. Another time I was cleaning inside a nursing home. One of the rooms I was told to clean had this lady with her legs spread apart and some plastic tubing going into her vagina. She smiled at me in what must have been embarassment and the foreman kept explaining how he wanted the wall cleaned.

One of my writing fantasies is staying in a motel out in the desert during the summer and alternate swimming and writing during the day. I would imagine there wouldn’t be too many distractions and I also like to soak up the sun and swim when it gets really hot. The combination of solitude, heat and swimming really appeals to me. The last time I drove through the desert at night was around 83. At that time the air smelled like a dry sauna and the sky looked pitch black, save for the clarity of the stars.

Despite some of the negative feedback they get as a megachain bookstore my favorite bookstore has to be Borders. I know that they are limited when it comes to small press poetry and some types of roots music, but they are one of the few places left where you can get some good deals on remaindered books and once in a while they’ll put some cd’s on the bargain bin. I’ve gotten some good deals on local groups like last train home but I realize it’s probably because they were categorized as non-profitalble items that wouldn’t be sold again. I also have to credit the borders at white flint for having an ongoing open mike on Sunday afternoons that I used to attend. Even though a lot of the poetry was bad, there were some good poets that would read at times and it wasn’t such a back biting scene as I’ve experienced with other open mikes. I haven’t been at an open mike for quite some years now but it would be nice for something like that to be available in the silver spring area. As far as restaurants and coffe shops, I don’t hang out at those type of places trying to find a “poetry scene”, the closest I get to that are art gallery openings, especially the ones at pass gallery, where you see more artists as opposed to “scensters”.