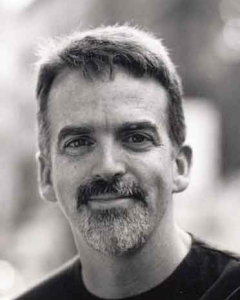 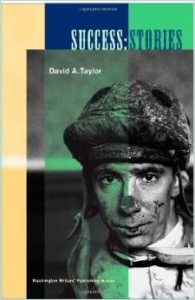 Success: Stories is the 2008 winner of the Washington Writers’ Publishing House fiction prize. These stories probe the lives of people caught in an increasingly
intertwined world, close to home and abroad. Exploring a human calculus of love, betrayal, and fantasy, this moving collection makes those dramas vivid.  David Taylor’s work has appeared in The Village Voice, The Washington Post, Smithsonian, Outside, Prairie Schooner, and other publications. He has written documentaries for PBS, National Geographic, and the Discovery Channel, and is the author of the award-winning nonfiction book, Ginseng, the Divine Root.

Excerpt: Coral, from the Sea

Moments after the blast, she could tell that someone inside the trailer was yelling. She glimpsed the movement through the window, then an older woman opened the door, still in her nightgown. She was yelling back at someone inside.

“Are you all right, ma’am?” Gerry asked.

The woman had two strands of grey hair falling down on either side of her face, which was flushed. She had hazel eyes and a gap in her lower teeth that kept flashing as she spoke. Gerry had to urge her to slow down so she could understand.

A half-dressed man flashed by the doorway behind her.

“Nothing,” the woman said. “I saw a cockroach in the sink. A couple of—” The woman turned away inside and was yelling fast again, so Gerry lost what she said. There was smoke lifting off the tops of the windows.

“I got a call that you wanted to change a lock,” Gerry said.

The man appeared again, this time in a pea-green Virginia Tech sweatshirt. “I’m sorry about this,” he said. “My mother just set off a fist full of bug bombs in the kitchen. I think the stove blew ‘em up.”

Gerry asked him to say it again, to make sure she got it right. He wasn’t bad-looking—his eyes were almost silver, and from his neck and arms he looked like he’d been a high school athlete, back before he’d gained a few pounds and his hair had gone pepper-and-salt.

“Sorry to hear it,” Gerry said. “About the bugs, I mean.” She saw the trailer’s front wall had bowed out from the blast. At the bottom it sagged like a stack of slick magazines.

“Mine’s Gerry.” She pointed to the name tag on her uniform.

“Gritty dialogue, lean prose, layered plotting, and an eye for the perfect detail make these stories a satisfying and engaging read.”
—Susan Muaddi Darraj, author of The Inheritance of Exile

“David Taylor has the amazing ability to put you there. In these stories he puts you in a rural Muslim village rife with deadly superstition, in a New Asian bureaucracy where even minor functionaries must maneuver in a minefield of rivalry and suspicion, in a Maryland racetrack clubhouse where a filial tragedy is written in a racing form. With precise, pellucid language and almost invisible craft, he lets you see and hear and understand what matters.Success: Stories rolls right by Success on the way to Major Achievement.”
—David Bradley, author of The Chaneysville Incident, PEN/Faulkner Award winner

“Like all the best stories, the tales in Success challenge our assumptions and make us look again at what we thought we knew.”
—Kate Blackwell, author of You Won’t Remember This

“A powerful, diverse collection. What makes it memorable are the vivid prose and subtle insights into characters struggling to make sense of or break free from the customs that shape our lives.”
—Brendan Short, author of Dream City